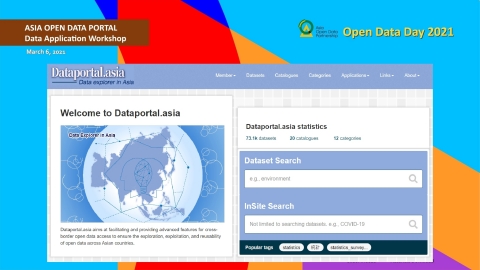 The portal currently features over 73.1 thousand datasets, organized into 20 catalogues and 12 categories, which can help to solve problems such as pollution in cities and the sourcing of PPE. Data is collected from a growing number of AODP member states, including South Korea, Japan, Taiwan, Philippines, Indonesia, Malaysia, Thailand and India. Challenges facing the project include the diversity of Asian languages and data formats used by the different states' public and private sectors, which AODP is overcoming with the use of machine translation and diplomatic efforts toward data standardization.

AODP was established in 2015 with the primary aim of facilitating communication and cooperation on open data and data application between Asian countries. Asia Open Data Portal was initiated by Organization for Data-driven Application (Taiwan) in 2017, modeled on the EU Open Data Portal, and officially approved by the AODP member states in 2019. Its goal is to bolster Asia’s industrial development across all sectors and emerging technologies, such as AI and IoT.