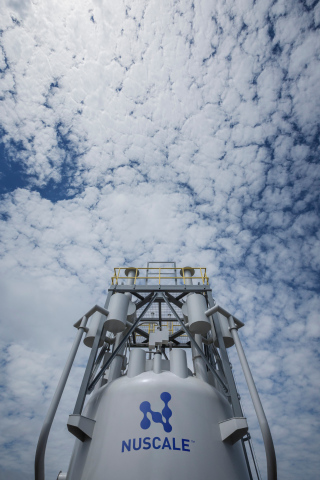 NuScale Power announced today that the U.S. Nuclear Regulatory Commission (NRC) completed Phase 6 review—the last and final phase—of the Design Certification Application (DCA) for the company’s groundbreaking small modular reactor (SMR) with the issuance of the Final Safety Evaluation Report (FSER). The FSER represents completion of the technical review and approval of the NuScale SMR design. With this final phase of NuScale’s DCA now complete, customers can proceed with plans to develop NuScale power plants with the understanding that the NRC has approved the safety aspects of the NuScale design.

“This is a significant milestone not only for NuScale, but also for the entire U.S. nuclear sector and the other advanced nuclear technologies that will follow. This clearly establishes the leadership of NuScale and the U.S. in the race to bring SMRs to market. The approval of NuScale’s design is an incredible accomplishment and we would like to extend our deepest thanks to the NRC for their comprehensive review, to the U.S. Department of Energy (DOE) for its continued commitment to our successful private-public partnership to bring the country’s first SMR to market, and to the many other individuals who have dedicated countless hours to make this extraordinary moment a reality,” said NuScale Chairman and Chief Executive Officer John Hopkins. “Additionally, the cost-shared funding provided by Congress over the past several years has accelerated NuScale’s advancement through the NRC Design Certification process. This is what DOE’s SMR Program was created to do, and our success is credited to strong bipartisan support from Congress.”

NuScale’s DCA was completed in December 2016 and accepted by the NRC in March 2017. The review process demonstrated both the simplicity of NuScale’s SMR design and the thoroughness of the company’s application. As an example, during the rigorous Phase 1 review process, which included 115,000 hours spent reviewing the DCA, the NRC issued far fewer requests for additional information compared to other design certification applications. NuScale spent over $500 million, with the backing of Fluor, and over 2 million labor hours to develop the information needed to prepare its DCA application. The company also submitted 14 separate Topical Reports in addition to the over 12,000 pages for its DCA application and provided more than 2 million pages of supporting information for NRC audits.

“The NRC embraced the challenge of reviewing the first-ever small modular reactor DCA, which at the time not only marked an important milestone for NuScale, but also for the nuclear industry as a whole. NuScale appreciates the dedication, time, and effort of the NRC throughout this multi-year process, often with reviews completing ahead of schedule. As a long-time former NRC employee, including as an executive in the Office of New Reactors, I can say that this early issuance of the FSER is truly a credit to everyone at the NRC—including technical review and project staff, management, and the Commission,” said NuScale Vice President of Regulatory Affairs Tom Bergman.

NuScale continues to maintain strong program momentum toward commercialization of its SMR technology, including supply chain development, standard plant design, planning of plant delivery activities, and startup and commissioning plans. The company fields growing domestic and international customer interest from those who see the NuScale power plant as a long-term solution for providing reliable, safe, affordable, and operationally flexible carbon-free energy for diverse applications. NuScale has signed agreements with entities in the U.S., Canada, Romania, the Czech Republic, and Jordan. Similar agreements with other entities are being negotiated.

NuScale is headquartered in Portland, OR and has offices in Corvallis, OR; Rockville, MD; Charlotte, NC; Richland, WA; and London, UK. Follow us on Twitter: @NuScale_Power, Facebook: NuScale Power, LLC, LinkedIn: NuScale-Power, and Instagram: nuscale_power. NuScale has a new logo, brand, and website. Watch the short video.

Facebook
Twitter
Pinterest
WhatsApp
Previous articleDCG Enters into Bitcoin Mining with Newest Subsidiary: Foundry
Next articleKONAMI will release PES 2021 on Sep.15 with a special price for PES 25th Anniversary and announces exclusive partnership with AS ROMA and also including Thai League