Home News The New Normal Brings in a New Era but We Can Navigate...
FeaturedNews

The New Normal Brings in a New Era but We Can Navigate Through the Path: a Strong Message Given at the ASEAN 53rd Anniversary Online Symposium Organized by AJC 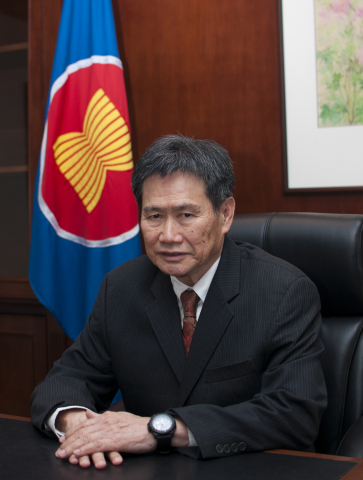 On 20 August 2020, the ASEAN-Japan Centre (AJC) together with the ASEAN Committee in Tokyo (ACT), which consists of the ASEAN Ambassadors to Japan, organized the ASEAN 53rd Anniversary Symposium online under the theme of “Beyond Covid-19: Moving into the New Normal” where participants joined from both Japan and ASEAN Member States.

The Symposium was opened by H.E. Mr. Myint Thu, Ambassador Extraordinary and Plenipotentiary of the Republic of the Union of Myanmar in Japan and ACT Chair. Ambassador Myint Thu called for ASEAN and Japan to effectively address emerging challenges together and to implement countermeasures against the impact of global pandemic.

After the opening remarks, H.E. Dato Lim Jock Hoi, Secretary-General of ASEAN, delivered his keynote address. Dato Lim reassured that ASEAN’s determination to fight the pandemic remained strong through decisive, targeted, and measured actions. Quoted examples include, the establishment of “COVID-19 ASEAN Response Fund” and the “ASEAN Regional Reserve of Medical Supplies”; and the adoption of the “Hanoi Plan of Action on Strengthening ASEAN Economic Cooperation and Supply Chain Connectivity in Response to the COVID-19 Pandemic”.

Dato Lim also acknowledged that the post-pandemic world would present fundamental changes in the way ASEAN economic activities were structured. There are five possibilities to deal with this: First, the realization of the greater importance of cross-cutting issues; second, accelerated emerging trends such as digitalization; third, focus on intra-ASEAN trade and investment; fourth, focus on its competitiveness as an investment destination and a trade and production hub; and finally, strengthening the utilization of ASEAN FTAs.

During the panel discussion in the latter part of the symposium with international production networks (IPN) being the main theme, Dr. Fukunari Kimura, Professor, Faculty of Economics, Keio University and Chief Economist, Economic Research Institute for ASEAN and East Asia (ERIA), shared his view that Asia Pacific economies were currently experiencing both supply and demand shocks, which will be followed by another huge demand shock with forcedly reshuffled production networks. Professor Kimura also presented a tentative policy framework for ASEAN Member States towards moving into the new normal classified into (i) emergency responses (ii) exit policies and (iii) policies for the new normal.

In response, Dr. Seiya Sukegawa, Professor at Faculty of Political Science and Economics in Kokushikan University, Japan highlighted the movement toward rebuilding the supply chain network through resilience-based supply chains and just-in-case management, rather than efficiency-seeking supply chains and just-in-time management. Dr. Maria Socorro G. Bautista, Professor at the School of Economics at the University of the Philippines argued that ASEAN, as advocator of free trade, should formulate ways to increase aggregate demand and attract investment into the region, as adverse economic outcomes seem to hold regardless of involvement in IPN. Both Kimura and Bautista do not think massive reshoring.

At the concluding remarks, Mr. Masataka Fujita, Secretary-General of AJC echoed Ambassador Myint Thu’s sentiments that it was important for ASEAN and Japan to view this pandemic as a common issue and to pursue innovative and resilient strategies together.

AJC is an intergovernmental organization established by the ASEAN Member States and Japan in 1981, with objectives to promote trade, investment, tourism as well as people-to-people exchanges between the ASEAN Member States and Japan. AJC organizes the ASEAN Anniversary Symposium since 2017 to commemorate the establishment of ASEAN, bringing together ASEAN stakeholders and the Japanese public and private sectors to discuss the current issues in ASEAN.