Ozow – Paving the Way for Open Banking in Africa 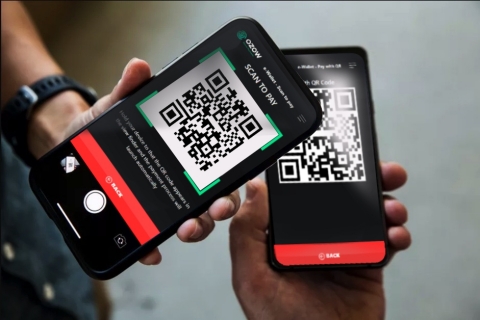 Adding over 100,000 new users a month in South Africa and Namibia alone, Ozow is now taking steps to bring its payments platform to the rest of Africa and the world.

“In a constantly changing global economy, traditionally dominated by large banks since 1472, (something which is unlikely to change in the coming decades), Ozow is positioned as a disruptor to challenge the status quo. Ozow is leading the way with an Open Banking platform in Africa, and the startling growth of the business over the past 6 years tells the story of a fast growing start up on the verge of taking the African continent by storm,” says Ozow CEO and co-founder, Thomas Pays. “As a market led company Ozow’s success has grown to see them capturing an entire market (representing over 70% of the instant EFT market in South Africa), from the heart of underprivileged townships and rural areas to the highest LSM. Users all note that the payment platform is a better, safer, and easier alternative to cards or a manual EFT payment”.

There are over 49 million bank accounts in South Africa alone – users just need a convenient way to pay from them. This is where Ozow’s secure online payments platform is leading payment innovation.

“Consumers, merchants, and banks in South Africa and Namibia now recognize Ozow as the quick and trusted way to make payments,” says Pays. “As most people in the region go online mainly through their mobile devices (the same rings true for the rest of Africa) – and often pre-pay for airtime/data – transaction speed is essential. We commit to enabling payments in a few seconds.”

Ozow’s latest product release in the form of a world first, patent-pending innovation called the Ozow PIN has also resulted in increased growth of the business. This technology empowers a user to tokenize payment and make any repeat purchases with the simple entry of a 4-digit PIN. This world first innovation is already aggressively taking the lion’s share of the cash, card, and alternative payment options market by empowering users to transact anytime, anywhere online, or at point of sale, without the need for an app or registration. “As a market leading payments company in Africa, we have put the needs of our clients first, resulting in an increase of over 50% in recurring payments since the introduction of this new technology,’’ says Pays. Ozow can also be used for e-billing in partnership with SAGE and Xero, SMS payments via all major networks, and QR codes. The service is becoming available in five of South Africa’s 11 official languages, with plans to add the other languages in the coming months.

From the merchant’s perspective, Ozow acts as an additional layer of security to that of the existing banking infrastructure, keeping all transactions ultra-safe at all times and providing an environment that has proven to be safer than any other payment mechanism. Once a payment has been confirmed, it is irrevocable, using a real-time digital instruction issued by the owner of the source account.

Ozow was founded in 2014 by Mitchan Adams and Lyle Eckstein (both South African) together with CEO Thomas Pays, a Frenchman who has lived in South Africa for more than 16 years.

The past few years has seen Ozow become the most trusted payment brand among users who have developed a strong emotional attachment to the brand, empowering many to transact digitally for the first time.

Ozow’s company values and the culture it has developed focuses on empowering its stakeholders and being impactful. In April last year Ozow introduced a “0% fees’’ campaign for NPO/NGO’s as well as SME’s, again leading the way in the market as a socially responsible business, by passing value on to entrepreneurs (a critical element of the South African economy) who often place their customer’s needs ahead of their own.

“Today, Ozow is a team of 50 + people who share a vision of bringing our fast and easy payment solutions to the African continent and ultimately the globe. Through Ozow, in a market where over ZAR9,7 trillion is transferred via “bank to bank” payments a year, well over 11 times the market share of card payments, the prospect of financial inclusion for all is virtually limitless,” says Pays.

“Our approach is completely open, and we want to partner with banks and other payments providers in each of the markets we enter,” he says. “We’ve taken the time to make sure our tech is ready for scalability, and we believe that moment has now arrived.”

CGTN: Latest Data Shows Over 36 000 Patients Had Recovered in Wuhan