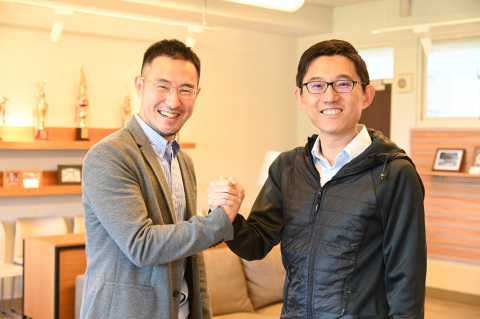 An NTHU interdisciplinary research team led by Associate Professor Wu Shan-hung of the Department of Computer Science, Associate Professor Liu Yi-wen of the Department of Electrical Engineering, and Chair Professor Chang Cheng-shang of the Institute of Communications Engineering has recently developed an automated system for the production of digital advertisements. Based on the information provided by the user, the system generates a variety of images and music, which can be fine-tuned to create the final product, thereby greatly reducing the time and cost of producing an advertisement.

Wu and Chang designed a conditional generative adversarial network (CGAN) application which generates an ad based on a large amount of related information harvested from the internet by using artificial intelligence (AI). Afterwards, all that remains to be done is to have an advertising specialist edit the ad and add the finishing touches.

Wu explained that the application performs a social network analysis which determines the most popular elements and user preferences to generate eye-catching digital advertisements and optimal screen layouts. For example, the user enters a photo of a bed set with a circle around the bed, and the system automatically generates a variety of ads highlighting the bed’s unique characteristics.

The application can also generate advertisements with models. For example, the user enters a photo of Keanu Reeves after circling certain features he wants to keep, such as the forehead and eyes, and the system will incorporate these features into a new image with similar characteristics.

Wu's team worked with the startup AppFinca to redesign the webpage for its app called “Flora.” After analysis, the team changed Flora's advertising slogan to “He grows trees, and you grow up,” and also came up with a lively color scheme to replace the rather drab one originally used for the page.

The transformation resulted in Flora shooting up to the top position in the rankings of the Free Productivity Tools of the Apple App Store for Taiwan, outranking even Gmail. AppFinca vice president Sun Zhen-wei said that the cost was only 60% of the original advertising fee.

The application developed by the research team also produces jingles. They collected 600 songs and used them to train the system to generate a jingle based on the lyrics and melody, and the result can be adjusted in terms of pitch, timbre, and rhythm. Even though the jingles generated by the application aren’t likely to be nominated for a Grammy Award, the system significantly speeds up the creative process.

The research team has already published a total of 19 articles on their research, and have also presented their results at various international conferences, including the Conference on Neural Information Processing Systems and the International Conference on Acoustics, Speech, and Signal Processing. They are also conducting negotiations with United Microelectronics, Asus, for commercial application of their system.