HomeSportsLegendary Streetwear Designer Jeff Staple Teams up With the Overwatch League™ to...
FeaturedSports 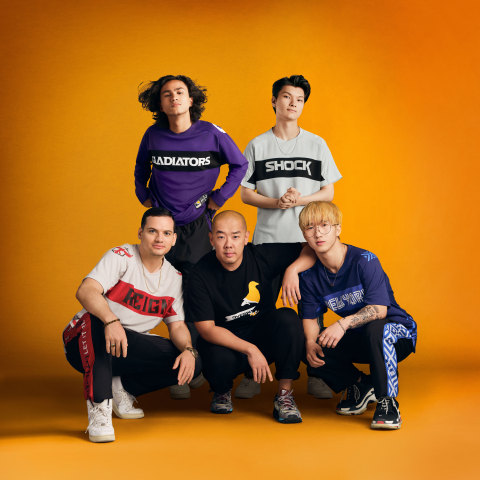 All 20 Overwatch League teams armed with their own unique home and away kits during the 2020 season, launching on Feb. 8

The Overwatch League™ today announced a first-of-its-kind collaboration with designer and streetwear powerhouse, Jeff Staple, to reimagine, design, and create an authentic player kit for esports. The new kits, designed in concert with Overwatch League player feedback for a look and feel that’s unique to both traditional sports and esports, feature elevated fabrics, premium graphic applications, new side gussets for adjustable comfort, and a fit that is cut and sewn to increase quality and wearability while gaming. Each of the 20 Overwatch League teams will have their own unique home and away kits during the 2020 season, which launches on Feb. 8.

Staple worked with Overwatch League players throughout the design process to ensure the kits are a comfortable, functional uniform for competition, while also maintaining Staple’s signature aesthetic. The new kits utilize elevated pin-dot mesh fabric to create lightweight and breathable jerseys to balance and regulate players’ temperature for maximum comfort. The full kit will include a short-sleeve jersey, long-sleeve jersey, jacket, compression sleeve, hat, and beanie for each of the league’s 20 teams.

“This first-of-its-kind collaboration is a great reflection of esports’ evolution into a true lifestyle. This is not just a win for the Overwatch League and our fans, but for esports as an industry,” Daniel Cherry, chief marketing officer at Activision Blizzard Esports said. “We’re incredibly excited to be working with our friend and streetwear legend Jeff Staple on these team kits. Our players’ close partnership with Jeff can be seen and felt in the considered design elements included in the apparel. We cannot wait to see this gear worn on the streets of each of our Overwatch League team cities this season.”

“I have been observing esports for years and am a huge fan of what Overwatch League has been able to accomplish, so when they asked me to design their new kits, I was stoked,” Staple said. “It was a once-in-a-lifetime opportunity to bring the best of the esports and streetwear worlds together to create something totally unique & ground-breaking. The kits are not only specifically engineered to perform to players’ specifications, but they’re also designed to look great outside the arena.”

Staple has been in the industry for over two decades and has partnered with many top brands in the design, lifestyle, and entertainment space. Featuring his world-renowned Staple Pigeon, his unique style brings a new edge to each team brand.

Fans will be able to pre-order the new OWL X STAPLE jerseys beginning on Jan. 28 on shop.overwatchleague.com.

About the Overwatch League™

The Overwatch League™ is the first major global professional esports league with city-based teams across Asia, Europe, and North America. Overwatch® was created by globally acclaimed publisher Blizzard Entertainment (a division of Activision Blizzard—Nasdaq: ATVI), whose iconic franchises have helped lay the foundations and push the boundaries of professional esports over the last 15 years. The latest addition to Blizzard's stable of twenty-two #1 games,[1] Overwatch was built from the ground up for online competition, with memorable characters and fast-paced action designed for the most engaging gameplay and spectator experiences. To learn more about the Overwatch League, visit www.overwatchleague.com.

[1] Sales and/or downloads, based on internal company records and reports from key distributors.

Best known for blockbuster hits including World of Warcraft®, Hearthstone®, Overwatch®, the Warcraft®, StarCraft®, and Diablo® franchises, and the multi-franchise Heroes of the Storm®, Blizzard Entertainment, Inc. (https://www.blizzard.com), a division of Activision Blizzard (NASDAQ: ATVI), is a premier developer and publisher of entertainment software renowned for creating some of the industry's most critically acclaimed games. Blizzard Entertainment's track record includes twenty-two #1 games* and multiple Game of the Year awards. The company's online gaming service, Blizzard Battle.net®, is one of the largest online-gaming services in the world, with millions of active players.

*Sales and/or downloads, based on internal company records and reports from key distributors.

Activision Blizzard Esports (ABE) is responsible for the development, operation, and commercialization of Activision Blizzard’s professional gaming properties including the Overwatch League™, the Call of Duty® League™, Call of Duty Challengers™, Hearthstone® Masters, StarCraft® II esports, Warcraft® III: Reforged™, and the World of Warcraft® Arena World Championship and Mythic Dungeon International, among others. ABE also operates Tespa, the leader in collegiate esports. It is ABE’s vision to be the most innovative, scalable, and valuable developer of global competitive entertainment.