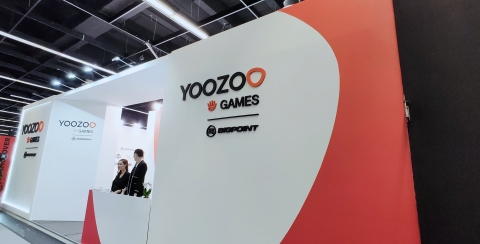 Celebrating their 10th anniversary, YOOZOO Games put on an impressive display at the Gamescom exhibition for fans, players and industry partners, presenting their latest titles and strategy for the coming year.

This year, attendees got a first look at the exciting IP title Saint Seiya Awakening: Knights of the Zodiac ahead of its Western market release. In the first half of 2019, the game achieved excellent results after launching in Asia – receiving more than 50 App Store and Google Play homepage recommendations. The game is the top-grossing RPG in Hong Kong, Taiwan and Macao. The game repeatedly ranks first on the top-grossing free RPG games in Southeast Asia, including Thailand, Indonesia and Singapore.

Liu Wanqin, Vice President of Overseas Publishing for YOOZOO Games said, “Our overseas publishing is built on releasing globally renowned titles and bringing Asian hits to the Western market. This is exactly what we’ve done with Saint Seiya. The manga series is a widely-loved childhood classic in Japan, with a cult-following around the world.”

As Chinese gaming companies have faced stiff domestic regulation and adjustment in recent years, YOOZOO has sought to expand its overseas operations. Overseas revenue accounted for 51.49% of operating income in 2018 – built on a strong overseas distribution network covering more than 200 countries and regions.

This is strengthened by YOOZOO’s acquisition of Germany-based Bigpoint games. YOOZOO Games holds a 100% stake of the well-known German games developer. Bigpoint now acts as a bridge to the West for YOOZOO, helping expand the Chinese games company's global reach and enhance its global development and distribution capability. In return, YOOZOO brings a wealth of games distribution and publishing resources and knowledge to strengthen Bigpoint’s positioning and games development capability.

Furthermore, YOOZOO has also been busy doing their bit for charity, too. They recently concluded the very first GTarcade Hunger Heroes Gaming Marathon, raising money for their team inside the World Food Programme, ShareTheMeal app. Players had to tweet a picture with the hashtag #GTarcadeHungerHeroes, livestream their gameplay, or collect in-game items – for all of these, YOOZOO Games would donate meals on behalf of their #GTarcade team to the World Food Programme. In total, YOOZOO is set to donate $21,711.25 – amounting to 43,422 meals. Whilst this is only the first year the event has run, YOOZOO hopes to make it bigger and better next year, with more players joining, and more meals shared with hungry children around the world.

YOOZOO Games is a global entertainment company specializing in game development and distribution. The company is headquartered in Shanghai with offices in London, Berlin, Hong Kong, Singapore, and other major cities. Since its founding in 2009, YOOZOO has launched a multitude of highly successful products such as Games of Thrones Winter is Coming, Legacy of Discord – Furious Wings and League of Angels, and has forged a strong global distribution network.